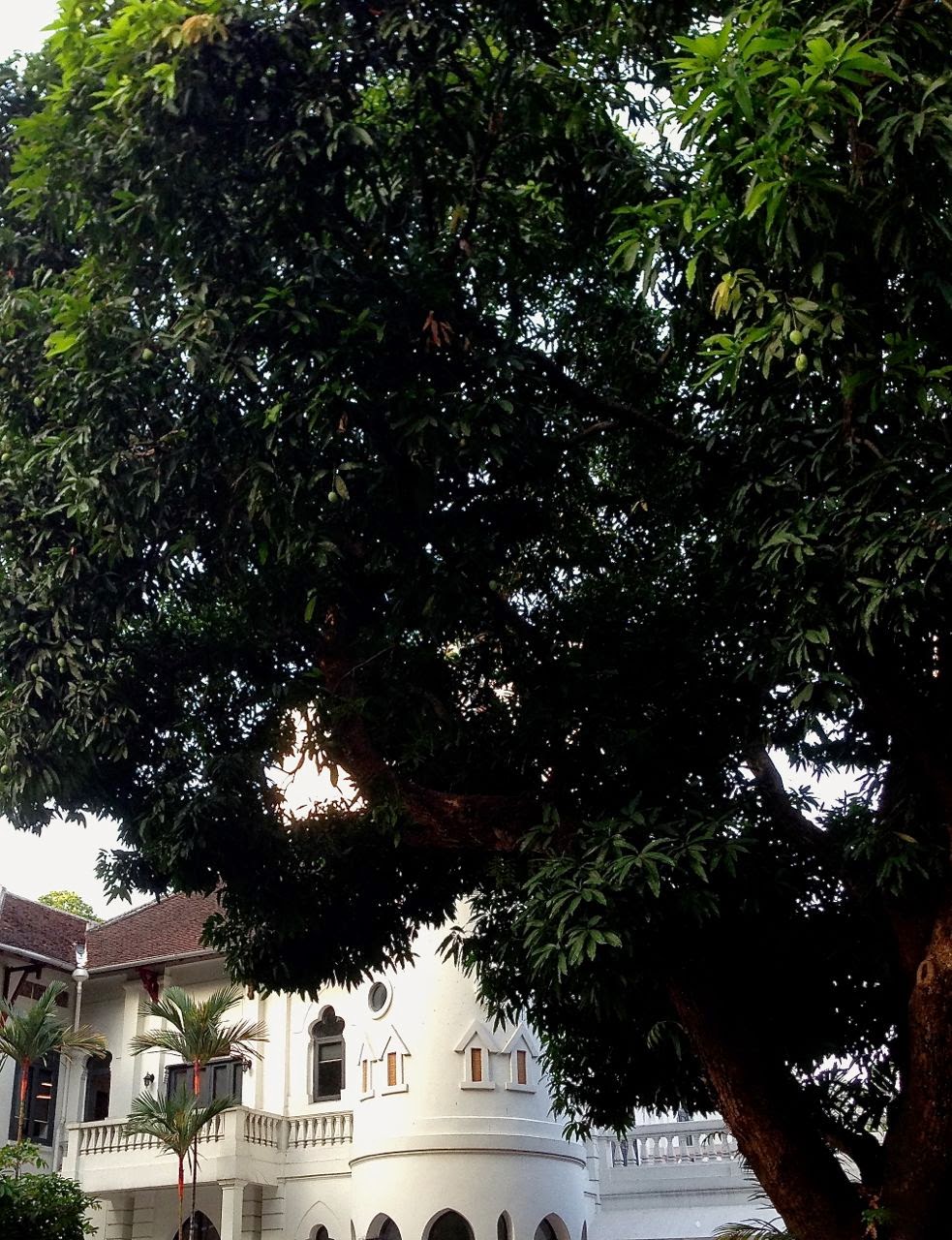 A gathering under a mango tree...
This morning, at 6:30am, we convened at RMIT University
in Ho Chi Minh City, under a mango tree in full fruit,
to attend an Anzac Day remembrance service
with other Australian and New Zealand expats and travellers. 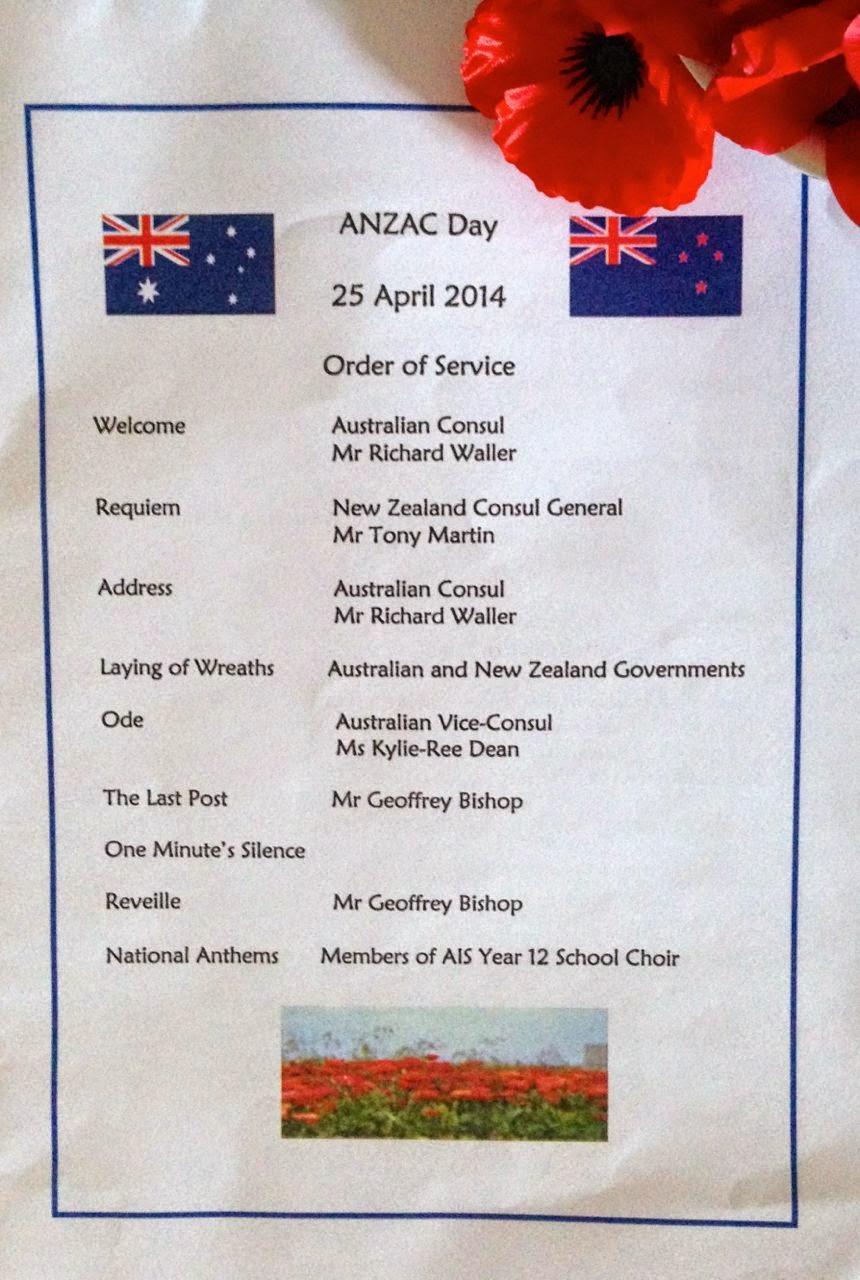 We remembered...
Anzac Day is a national day of remembrance
in Australia and New Zealand, marking the anniversary
of the first major military action fought by
Australian and New Zealand forces
during the First World War.


Around the globe...
On this day, Australians and New Zealanders
around the globe, remember and say a prayer
for those soldiers who died defending their country.

Bound to serve...
This day resonates with us as well, our son, Patrick,
is a Lieutenant in the Australian Army Corps.
A mother and father could not be prouder.
As you can see from the photo below,
his little brother, Connor, feels the same way.
More on Patrick's story here. 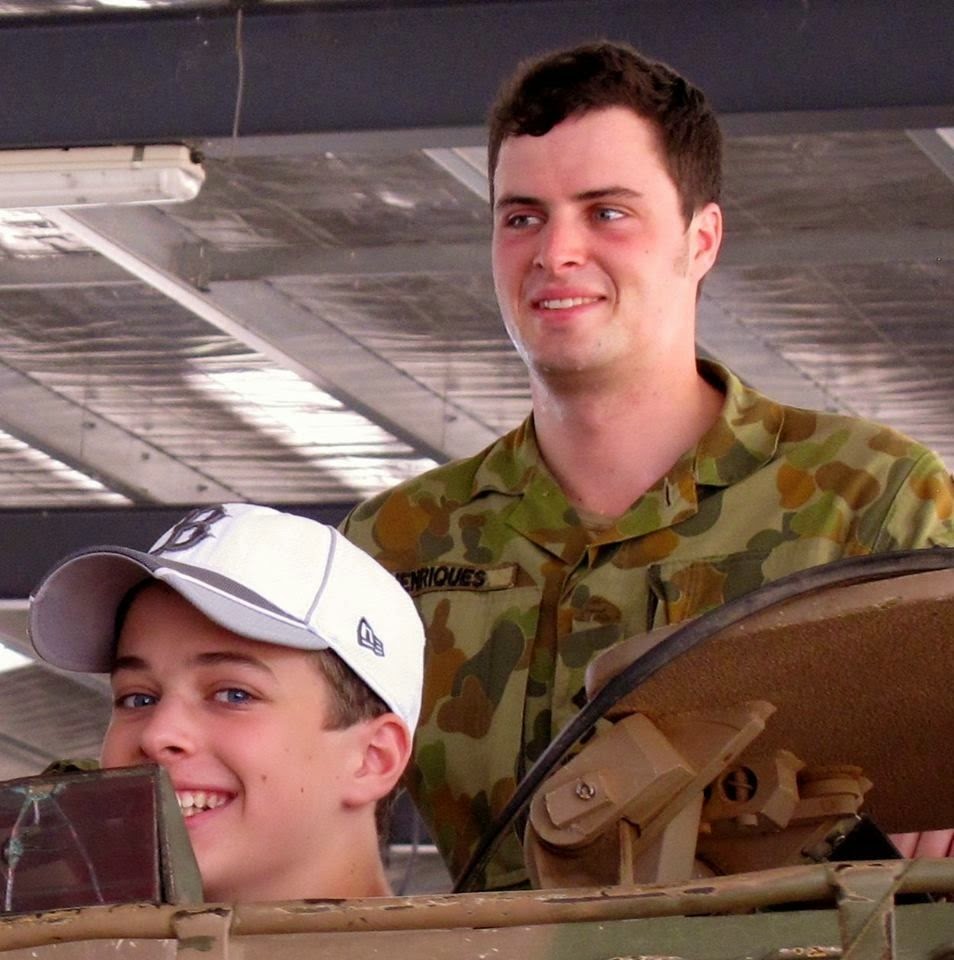 Unfortuantley, we could not be with Patrick today.
We are in Ho Chi Minh City and he is in Melbourne, Australia.
His lovely girlfriend, Cherie, who is equally proud of him,
sent these photos today..


When the tears flow...
I am one of those people who wells up in tears
at the drop of a hat. My family is always at the ready,
for when Mom shows the first signs of blubbering.
It doesn't take much, I am a softy at heart.

I have a soft spot for national anthems.
Throw them all in there, America, Australia,
New Zealand, England and even Vietnam
(I am still working on that one).
They remind me of our time living in each county,
the school assemblies, sport games and national celebrations.
When we start to sing, my heart skips a beat,
the tears well, my voice croaks..
if you are like me, you know the drill.

The Bugler calls...
This morning was a bundle of emotions
as the bugler belted out..

The Last Post
a song to symbolise that
the duty of the dead is over
and they can rest in peace.

followed by
One Minute Silence

By this point I was welling up...and then 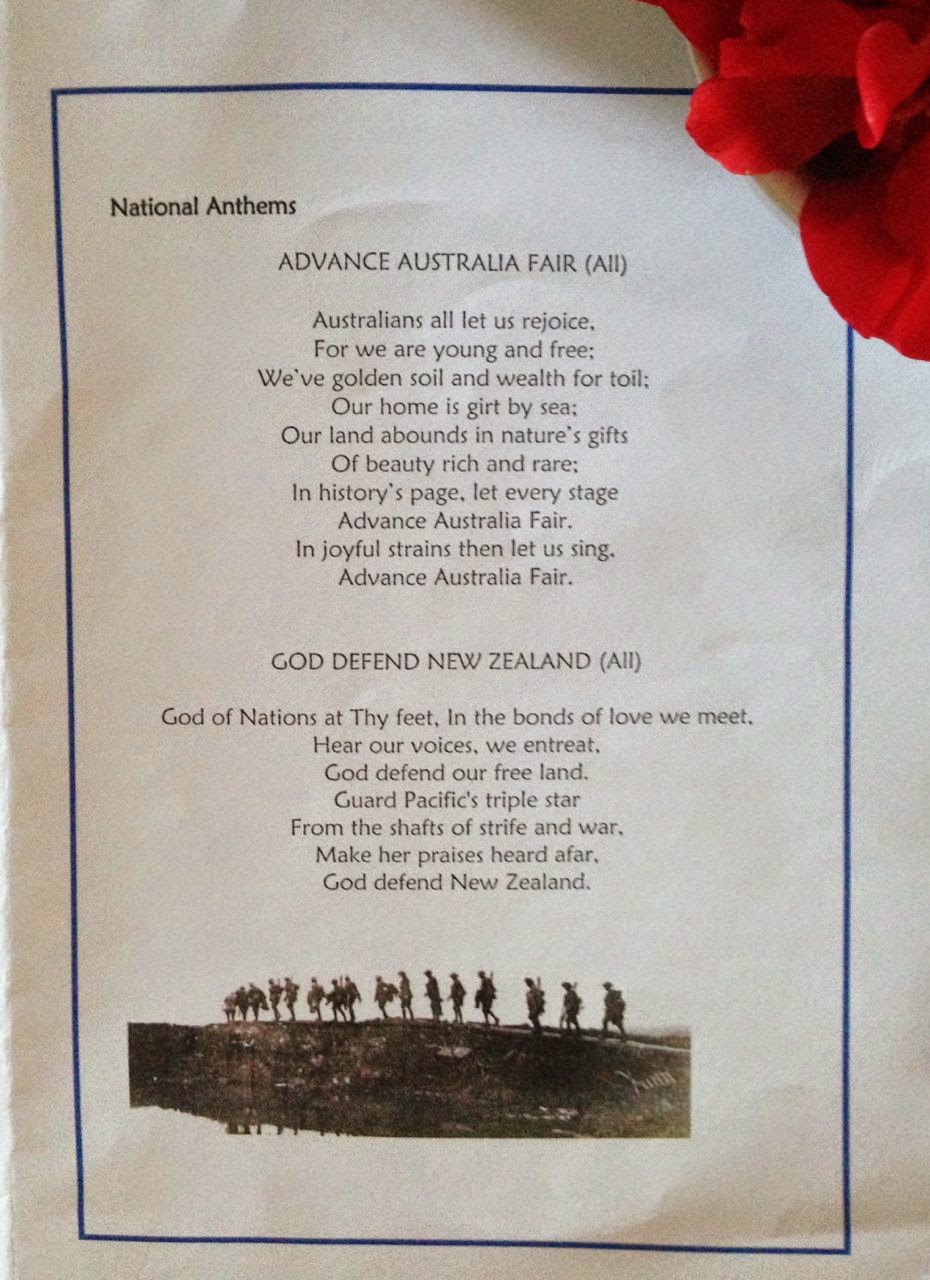 If they had sung the New Zealand anthem
in the Maori language as well,
which they traditionally do in New Zealand,
I would have slipped right off my chair.

If you are not familiar with the Australian and New Zealand national
anthems, please click on the links below. For you softies, like me,
grab the tissues...

With a tissue in my hand,
I wish you a wonderful weekend.
Grab those you love and give them a hug!