Another snowy day is upon us...I should be shoveling, I should be outside snapping away at the glory of it all but instead I buried my head in files of papers and folders looking for a special story, 'Set Free the Statue', a story that was sent to me nearly fifteen years ago. It resonated with me so deeply at the time that I kept it to pass along to anyone else that might 'need' it too.

It took a few hours but I finally found it. I was hoping to find a note indicating the author of this story and the name of the person who sent it to me. No luck. I am hoping that the sender might recognize it and fill me in on the missing pieces or one of you might recognize the author.

I am sending it to a friend in the hope that she will find the same comfort as I did when I was at a difficult crossroad with grief. It is those elusive days, weeks and months that pass, when you still feel the heartache and "thundering silence" but are at a loss as to how to move forward. This story found its way to me at just the right time and it made enough of a difference that I saved it. It was not a solution but a turning point. I am posting it today for anyone who may find comfort in it or knows of someone who might.

Again...these are not my words, but if needed, I hope it helps.

"Life’s changes had been too many, too sudden, too riddled with pain. I felt numb and frozen, trapped in my quiet despair. I could no longer hear the voice of my heart, instead I heard only a thundering silence. I wanted nothing more than to find the healing path and to regain my sense of self. I needed clarity and direction. I needed to find peace.

A friend of mine called and offered his sage advice. He recommended I take a stomp, which was his term for a therapeutic walk. He explained that whenever his shoulders weighed heavy, he set out for the woods, the city streets, the country sidewalks. It mattered not where the physical journey took him, he claimed the act itself always cleared his mind, broke through his silence, and, most importantly, allowed him to “set free the statue.” He’s a man of metaphor, and the deeper meaning of his words always had the power to intrigue and challenge me. This friend of mine was very wise.

I lived in a small town of radiant beauty. My home and workplace were nestled between the mountains, the ocean, the art museum and the botanical gardens. Each were less than a mile away, yet how long had it been since I tasted the ocean air, felt the crackle of leaves beneath my feet, or breathed in the inspiration of the masters. Far too long.

My practical mind told me I had no time for a walk, but my soul cried out, demanding attention. I’d only steal an hour, I promised myself. It would nourish me. Heeding the advice of my friend, I grabbed my sketchbook and pen and closed the door behind me. I didn’t have a clue as to where I was going, but trusted I’d know when I arrived. And so it happened.

I decided to take the back streets, in hopes the charm of this city would lift my spirits. My pace was fast, too fast to truly appreciate the willow-lined paths that guarded my trail. My thoughts were too burdened to recognize what the moment was offering. My limbs felt heavy and stiff, my mind a chamber of tangled concerns, my heart still trapped in pain. I’m sure the briskness of my movements were a subconscious effort to set myself free. I was not yet aware of how significant this would be in the moments to come.

In less than fifteen minutes the sound of the wind in the trees was replaced by the rumble of a city street. I looked up to find myself facing the carved stone pillars of the art museum. A banner greeted me, claiming a Rodin exhibit. “Lovely,” I sighed, amazed at how I had arrived here with so little memory of the journey. The sharp truth of this realization made me reach for my pen, and I scrawled out the words:

How often are we
so preoccupied
in our own private woes,
our fears, our worries
that we miss
the beauty of the journey.
Lift the veil.
Pay attention.
The landscape is so
much larger
than we can see.

Closing my book, I stepped into the lyrical hush of the museum walls. The scent of marble, bronze, and recently polished wooden floors teased my senses. Smiling guards stood at the corner of each room. School children shuffled past quickly, whispering excitement over some exhibit in an adjacent hall. I deliberately began to pace my steps.

Room by room I stomped lightly. I felt as if I had entered a world of healing silence that I had almost forgotten to remember. What simple joy it was to hear the echo of my own footsteps. In some strange way, the sound was telling me that I was moving ahead, moving through, moving forward.

Ever so slowly, the peaceful voice inside of me was beginning to return, or perhaps I was just finally beginning to listen. But this, too, would not be rushed. Like a painting not yet finished, or a poem awaiting its final line, true insight has a way of delaying itself in times of shadow. I’ve come to believe this is part of the healing process. It takes a long while of ruminating on the painful angst of complexities before the soothing brilliance of simplicity surfaces.

My pace continued. I began to hear the faint rustling of passionate thought, contemplation wrapped in the voice of memory, a promising tune hinting at my future. Soon I found myself alone in a room with no doors, only open passageways leading into new rooms. How appropriate. I was taken by the symmetry of this concept, and once again I reached for my pen. Stumbling into a wooden bench, I sat, eyes to paper, my hand moving effortlessly across the page.

When heartache appears in our lives and we are forced to face bittersweet truths, we must be reminded that within each challenge there is always a higher offering. Although hidden from our view, we must raise our thinking, open our hearts, and recognize that we’re being called to a new stage in life, a new room. Unfamiliarity can be frightening, and new paths are always a risk. But what is life, if not a journey into the wondrous unknown. Look around. Grace and beauty can be found even within pain. The only lock, keeping us trapped or blind or stuck, is fear. The only cage, our own minds.

When at last my pen had paused, I looked up to see the glory that surrounded me. I stood and began to drink in Rodin’s ancient studies, his sketches, his masterpieces, his legacy. I gazed at their beauty. I was moved by the myriad of feelings they evoked in me, trapped like in that of an ancient photograph, speaking to me in hushed undertones. Their effect was sublime, beckoning me to trace their exquisite form with my hands. Like a child, I was thrilled to have ignored the Do Not Touch warnings out of a passionate desire to feel. To experience. To know.

Then a thought came to me as my fingers met the coolness of the bronze and the marble. Although the feelings these sculptures summoned within me were warm, their touch was obviously that of stone. They spoke of life, yet they were lifeless. They conjured the illusion of movement, but they were immobile. Their vision made all in witness tremble in awe, but they could only claim a suspended reality. Certainly they deserved, and received, my praise and admiration. But a parallel could be drawn between their suspended reality and my being so stuck in my weighty world. This was a message I needed to hear.

Art is only feeling, and as Rodin himself said: “The main point is to be moved, to love, to hope, to tremble, to live, but to be a man first.”

These were the final lines I wrote in my notebook before the clock on the wall told me it was time to leave. As I walked through the room, I spied yet another of Rodin’s quotes laying open in a book I was clearly meant to see. “In short, beauty is everywhere. It is not that it is lacking for our eyes to see, it is that our eyes fail to see it.” Indeed.

The walk back home was not a blind race with time. I strolled, I stomped, I took notice. My thoughts focused not on the pains and the darkness which I had let overpower me in recent days, instead I consciously made room for the light. The miracle of it all was that nothing had changed in my world, save for my own mindset, and this was proof enough that I had unlocked a door.

How easy it is to become trapped not only in heartache, but in the fear of moving forward. It took a simple stomp for me to learn that the gift of movement, even into uncharted territory, was one of life’s greatest blessings. I had given myself permission to “set free the statue”.

I now understood the depth of my friend’s metaphor, and the wondrous mystery of it all empowered me. I was inspired to take the risk of becoming more, for I was flesh, not stone. I was a dancer, not a statue. I was alive, and my passion for living had found its voice again." 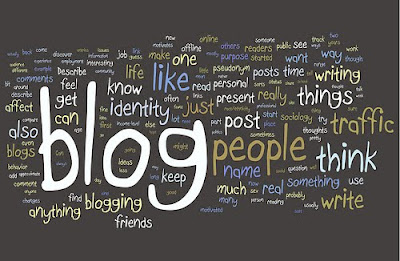 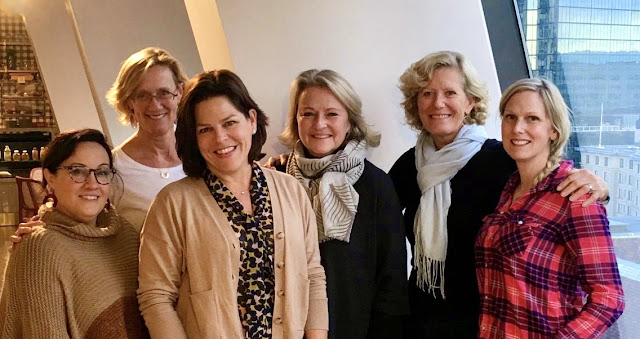 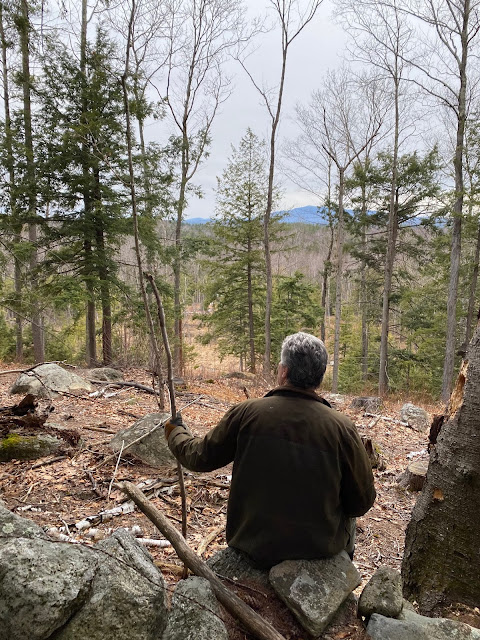