I woke up this morning and admit I felt bleary eyed and tired. It was one of those
mornings where I could have easily slept a while longer. The skies were grey,
I had a mad rush to get the kids off to school and then catch a train to London
and all I really wanted to do was sleep...just a little while longer. Being one of those
annoying people who is always giving herself pep talks, I soldiered on.

My fog followed me into London.

and a bit further,
until... 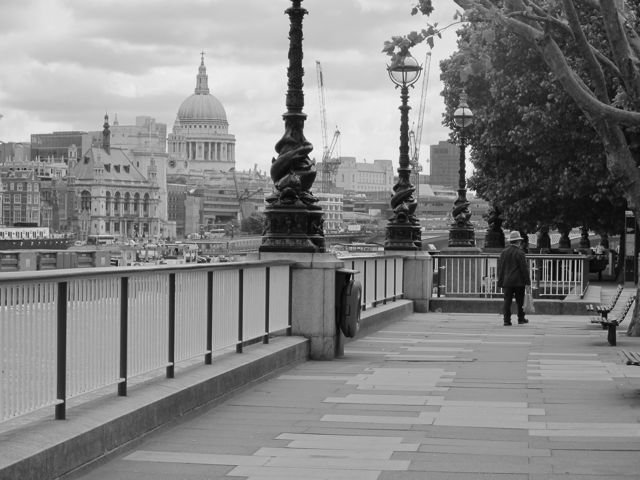 I rounded the corner and came upon my final destination.
The Tate Modern Gallery to see the Joan Miro exhibit. 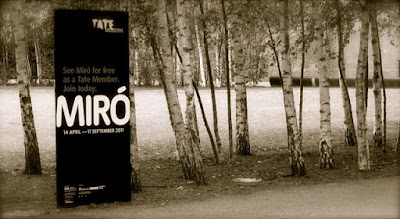 Needing further fortifications I stopped in at the Gallery Cafe
for coffee and stared at the view. St Paul's Cathedral was in front of me,
thru the lovely birch tree garden and over the Thames.
With every sip, I could feel the morning fog melting away. 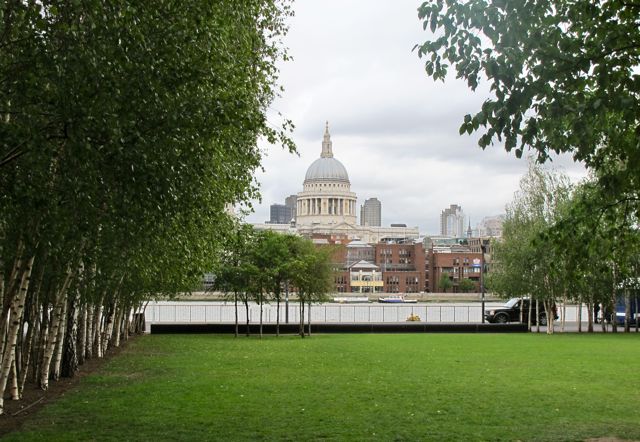 It is a good thing that my fog lifted because what was in store for me in this fabulous
Joan Miro exhibit required my rapt attention.  There were over 150 paintings, drawings,
sculptures and prints for me to pour over. This London exhibit is the first major retrospective
of Joan Miro to be held in nearly 50 years.  To be honest, I was not sure what I would think.
I went in a bit skeptical and came out a great admirer. His work is thought provoking
to say the least. Although much of his work was painted thru desperate times
(Spanish Civil War and Second World War), I felt a playfulness in his some
of his work that was endearing.

I left the gallery, thankful that I gave myself that little pep talk earlier in the day.
Shortly after, the heavens above shed tear drops upon London
and I managed to catch one or two. 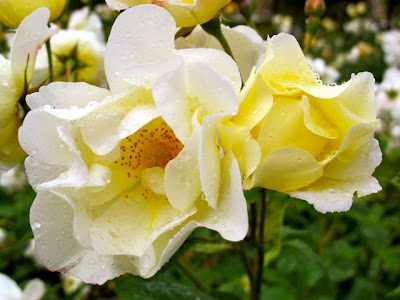 Have a great weekend everyone!!

More on the Joan Miro exhibit at Tate Modern, here.
Images of Joan Miro paintings from postcards
which are now waiting to be sent to my postcard
blogging friends. If you would like one, just send
your address to me at jeannecollageoflife@gmail.com.